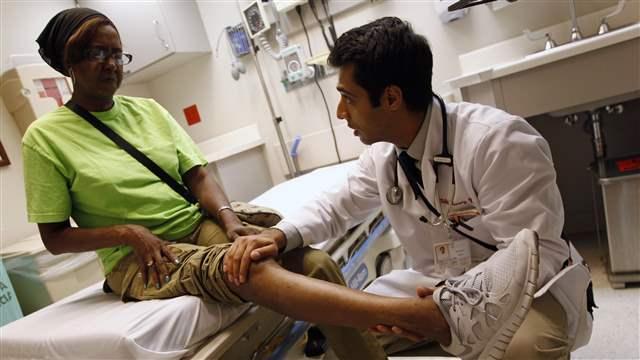 Recently, Anish Koka, MD, a Cardiologist from Pennsylvania, posted his anti-Accountable Care Organization (ACO) manifesto here on The Health Care Blog. [1] Koka argues that ACOs don’t work and are doomed to fail because they were designed by non-practicing physician policymakers and academics in ivory towers. He appears to be basing his judgment on a commercial ACO contract that only pays him $4 per month extra for care coordination and requires that he meet specific quality measures. He is also conflating his experience in a commercial ACO with Medicare ACOs, and interprets the initial results of one Medicare ACO program to mean that all ACOs are a failure. Finally, he relays an anecdote of caring for one of his patients, Mrs. K, a patient with chronic illness who doesn’t want to take her medication.

The Affordable Care Act (ACA) of 2010 gave the Centers for Medicare & Medicaid Services (CMS) the authority to create ACOs in two forms. One, the Medicare Shared Savings Program (MSSP), is a large program that does exactly what its name says: it allows physicians and care organizations to share savings with CMS based on their previously-expected health care spending. The other was the Pioneer ACO model run by the CMS Innovation Center (CMMI). This five-year experiment was intended to test if physicians and care organizations could bear both upside and downside risk while still delivering high quality care. The Pioneer ACO program has ended as planned, and CMMI has incorporated its findings from the model thus far into the Next Generation ACO model. [2] Any other ACO program is a non-governmental agreement between a private insurer and group of health care providers that is neither designed nor controlled by CMS or any other part of the government.

Dr. Koka’s main point of criticism appears to be with the terms of a commercial, non-Medicare, non government ACO with which he contracts. Commercial ACOs tend to have stricter, less-generous terms for physicians; a 2014 study in the American Journal of Managed Care found that commercial ACO contracts were more likely to include both downside risk and upfront payments. [3] CMS cannot be held responsible for the terms of an ACO contract between Dr. Koka and a private insurer, but I’ll leave that aside for now.

Dr. Koka cites a recent Harvard study on the first year and a half of results from the MSSP as evidence for the failure of ACOs. [4] This study looked at Medicare claims data for two cohorts of practices–one starting mid-year in 2012 and one starting on January 1, 2013, through the end of 2013. In short, the mid-year 2012 cohort delivered a small amount of savings per beneficiary, and the 2013 cohort achieved a negligible amount of savings. Additionally, some quality measures showed improved performance, while others were the same as the control group. I do not interpret these results as a “failure” at all. These are early results from a generous program that is easing physicians and care organizations into accountable care by limiting the amount of risk that they must take on at first. Equivalent or better-quality care was delivered, along with small savings.

Leavitt Partners, a health care consulting firm, has been tracking and reporting on Medicare and commercial ACOs since 2010. In their recent report on the early takeaways from the MSSP results, they highlighted that physician group-led ACOs tended to do a better job than hospital-only ACOs, and that ACOs residing in high-cost markets were more likely to generate shared savings. [5] Based on all of these findings, I cannot agree with Dr. Koka that Medicare ACOs are a failure, and I certainly cannot extrapolate from commercial ACOs to Medicare.

The evidence is widespread and irrefutable that our current payment and delivery system has resulted in the highest health care costs in the world, along with some of the lowest-quality care.  [6] We simply cannot continue to pay doctors and hospitals on an unrestricted fee-for-service basis. ACOs are the beginning of a massive shift in how we deliver, pay for, and measure health care in order to address these cost and quality issues.

Dr. Koka also fails to acknowledge a critical point about ACOs: they are generally designed with the Primary Care Physician (PCP) as the central care coordinator versus a specialist. PCPs are best situated to coordinate care for their patients and manage preventive care and population health measures. A more expensive specialist like Dr. Koka should not be the physician responsible for coordinating patient care in an ACO–it makes little sense. One reference point comes from The Accountable Care Guide for Cardiologists from the Toward Accountable Care Consortium. They highlight PCPs and good teamwork as critical central elements in any ACO. [7]

He also does not acknowledge that it takes time to get accountable care and care coordination right. A PCP or primary care organization is not going to have the tools they need or the right contracts in place with specialists and hospitals on day one. The processes and technology for effectively managing an ACO take time. The initial results from the MSSP prove this out.

Let’s say we assume for the sake of argument that Dr. Koka is right; that ACOs don’t work, and they are a colossal waste of time. Even then, his proposed solution is more than a bit ham-handed. There is no agreement among either the American public or the health care system that we should directly ration care. I suggest that we start by making PCPs the gatekeepers to specialists like Dr. Koka rather than asking him to spend many hours coaxing a patient to take her medications. Undoubtedly, this is what his commercial ACO intended. We need to do a better job of delivering the right care at the right time, from the right physician, nurse, or other provider–yes, this is care coordination.

And if all else fails, well, there is one easy, proven way to slow the growth of health care costs: making a blunt cut in reimbursement rates to providers, as we saw in the Budget Control Act of 2011. I am almost certain that Dr. Koka would not welcome another cut like this. [8]

If Dr. Koka would like to avoid this last-ditch option, perhaps it is time to partner with primary care organizations and see how he can help them to be a successful ACO…and allow Mrs. K’s PCP and case manager or health coach to field those Saturday calls.

As avid followers of federal health policy will know, this week CMS released the notice of proposed rulemaking for the Medicare Access and CHIP Reauthorization Act (MACRA) of 2015. The MACRA encompasses a massive shift in Medicare physician payment. The bad news for Dr. Koka? Accountable, value-based care is not going away anytime soon. The good news is that the proposed payment and delivery system models include more flexibility for physicians and will better reward them for high quality care.

In my opinion, the best news is that the MACRA provides a clear path for our public health care system to move away from fee-for-service once and for all. I hope that Dr. Koka can reconcile himself with a world where care providers, in partnership with patients, are asked to be more accountable for the high cost of health care. At a minimum, I hope that the difference between commercial and Medicare ACOs is now clear.

Lisa Bari is a Master of Public Health candidate at the Harvard T.H. Chan School of Public Health, and previously worked in health IT. She loves primary care health policy, health care payment reform, interoperability, and health data APIs. She never thought she’d own a Harvard sweatshirt. You can find her on Twitter @lisabari.