Though accomplished agent Shawn Dear was born in Ohio his roots are deeply embedded in the Space Coast. His mother had spent much of her childhood here and even met his father on Patrick Air force base. After a long career in the Air force his parents decided to settle down in Melbourne Florida. His father became a elementary school teacher and his mother had career in the aerospace industry. Shawn attended Eastern Florida State College but it wasn’t until his mother was diagnosed with cancer did he realize the importance of health insurance. When his mother was receiving cancer treatments he wanted to be able to help other people receive the best care that they can. Since then Shawn has been with FWH & Associates since 2014.

Being active in the community such as coaching youth soccer, attending car shows, surfing our local Florida beaches, and spending time with his dog at the local parks has given Shawn plenty of opportunities to meet new people. While talking with them he makes sure they have their needs met with life, health, dental, and ancillary insurance for any unforeseen situation that can arise. He does this by providing a concierge service finding the plans that best fit the needs of the individual or family. 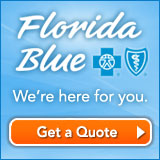 We provide local and personalized service at direct prices! We will help you find an affordable solution to your health insurance needs.